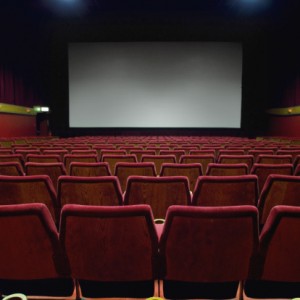 We’ve all heard the term “viral video,” but do you really know what it means? A viral video is a video that gains immense popularity via the internet—more specifically, via social media. Videos can go viral for a number of different reasons: they display a new point of view, they’re funny, they discuss a recent issue, etc.

A great example of a recent viral video is this video of Hollywood actor Dustin Hoffman discussing his role in the famous 1982 film “Tootsie.” In the film, Hoffman plays a talented actor whose reputation for being difficult forces him to adopt a new identity—a female identity. While the film certainly falls under the “comedy” genre, this video reveals that Hoffman accepted the role for a very serious reason.

The video, released by the American Film Institute (just after it was announced that “Tootsie” would be coming to Broadway), features Hoffman discussing the issue of unfair portrayals of women in the media. He recalls his first makeup test for the film, saying: “I was shocked that I wasn’t more attractive…. You have me looking like a woman, now make me a beautiful woman… and they said to me: ‘that’s as good as it gets’.”

It was at that moment, he says, that he had an epiphany. Referring to the “physical demands we are brought up to think women have to have,” Hoffman states: “There are too many interesting women I have not had the experience to know in this life because I have been brainwashed.”

This viral video currently has over 4 million views (and counting) on YouTube. So, what made this video go viral? What makes it interesting to the public?

The most obvious reason why the video has been so popular is that it features a Hollywood actor. Secondly, it’s timely, as Hoffman is discussing a very famous film that will soon be making its Broadway debut. Most importantly, however, the video focuses on the very heated issue of the portrayal of women in the media.

There is no magic formula for creating a great viral video. Often times, a video will go viral when the idea is out of the box—something that people are inspired to watch. If you’re looking for ways to gain larger audiences from your corporate videos, VCM Interactive can help. Offering professional video production services in Toronto, VCM Interactive knows what it takes to create a video that is compelling and unique. For more information, visit us online at https://www.vcminteractive.com/.