If you have a new product, service or company then you want to make waves and what better way to do it than with a launch video? However the array of options that are available for companies can be daunting in terms of where to take the video. That’s why approaching a professional production company can prove a huge asset. Perhaps VCM could be the perfect option for you, or perhaps another vendor might be better fit, depending on your needs. We have been approached to make a number of launch videos over the years and one such video was for Pinkberry. The frozen yogurt company approached us with a brief that had the simple, but vague, object of creating a launch video for their new store.

Pinkberry was looking for a video production company who would intuitively know how best to promote their new store and really encapsulate what the brand was about. They wanted to excite people who had not tried Pinkberry before to go and visit the store for the very first time. They put an RFP out (A Request For Proposal) 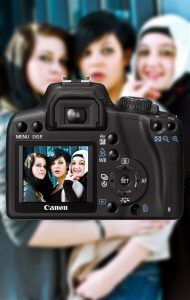 to several companies in the local area, of which VCM was one.

The VCM team had a look at the Pinkberry brand and analysed what was unique about it. We noted that the brand was colourful and fun and that most of it’s clientele frequented the stores as a planned social outings, rather than just ‘dropping in’. We wanted to encapsulate this in the video or Pinkberry so decided to film the opening day of the store. On this day the store had invited along lot’s of guests and there were lot’s of giveaways to the public as well as live music, decorations and balloons. We spent the day filming there capturing people socializing and having a good time. Lot’s of fun, laughter and friendships were on display and this was perfect footage for using in the launch video.

We edited together a great montage of the days activities into a 3 minute launch video that the company would use throughout their social media campaigns, their website and physically on screens in store. Pinkberry loved the final product as they felt it captured the essence of what the brand was about and how they wanted the new store to be portrayed.

Why Have a Launch Video?

Launch videos are powerful tools for brands that are adding additions to their output, whether it is a new product, service, store or facility. It helps a great buzz and awareness. It also helps mark the start of something new and helps garner staff buy-in for the new endeavour.