Film-making is one of the most exciting industries to work in! At VCM Interactive, we have been in the video production business for several decades and have seen the industry grow in leaps and bounds. It is truly exciting to watch especially considering that video is now seen as a major factor in the online marketing game. Video is expected to drive more than 80% of online traffic by 2019.

As a video production Toronto company, we believe that this is the best time to seek a career in this industry.

Getting into Video Production as a Career

Video editing and production has changed a great deal over the years. Today’s editors work mostly with digital files. Raw footage is captured on digital cameras and the editors select the segments that should be part of the finished product. They also add other aspects including voiceover, dialogue, music, effects as well as animation.

Editors may work freelance or as part of a video production company.

Qualifications for this career include a bachelor’s degree or college diploma in film, mass communication, digital production, multimedia arts among many other related fields. Entry level positions often require you to have at least 1 year of experience while advanced positions may require up to 5 years of experience. You can expect to earn an average of $46,073 CAD annually. 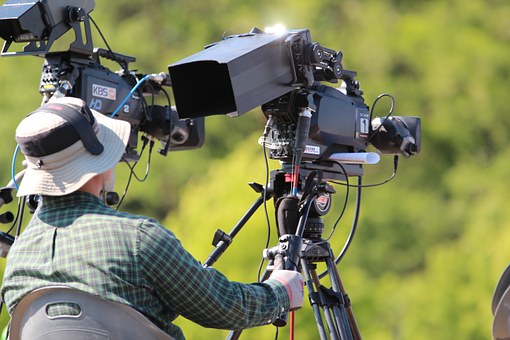 There’s no one particular path to a career in the industry. There are as many paths as there are people in the industry. However, it pays to learn from experts and those who have gone before you. Going to school to learn about the different aspects of making a film gives you an edge over others in the field.

When it comes to choosing where to study, it’s important to consider factors such as hands on training as well as employability after completing the course.

If you’re looking for a comprehensive curriculum that will make you a confident filmmaker, this is the place to study. The study options are flexible and highly adaptable to students with different goals.

Humber College is a reputable College with two campuses in Toronto – North and South. Their Film and Television program is one of the best in the country.  Humber’s Instructors are top notch and they have state of the art facilities to get great hands on experience while learning theory.

The college is located in Ontario. This is a well-equipped school that gives students an opportunity to put their hands on equipment that real studios have. The school even has a mobile van and TV studios to ensure students get hands-on experience. The campus radio station is fully staffed ensuring that students get a feel of working in the real world.

The college offers diploma programs in various areas of the industry including animation, interactive media development and broadcast television. The programs have all been designed with a strong emphasis on giving students hands-on experience.

The Confederation College offers you the opportunity to get a practical education in making films. This program will teach you everything you need to know about producing and editing films. Students also get to play with the same equipment that Hollywood studios use.

The RCC institute of Technology’s Toronto Film School is recognized as one of the finest in Canada. Students are exposed to the latest technology and educators with industry experience. The program also exposes students to various aspects of film making including acting, animation, editing and directing.

Training and practical experience give videographers an edge. We are a video production and 2D & 3D animation Toronto company that believes in talent as well as training for improvement of skills.

Get in touch with us to access the best talent in video production and editing in Toronto, Mississauga & GTA.