2017 was declared the year of video and we can understand why. Video took the digital marketing game to a whole new level in 2017. Reports showed that videos were the preferred type of content amongst internet users driving more than 74% of traffic. This trend is only set to continue growing in the coming months.

While videos are very popular amongst internet users, there are different types of audiovisual content and not every type will be effective with every audience. We are often approached by frustrated business owners who’ve invested in video production Toronto but are greatly disappointed by the outcome of their marketing campaign. In many cases, it is the simple mistake of not selecting the right kind of film for their target audience. 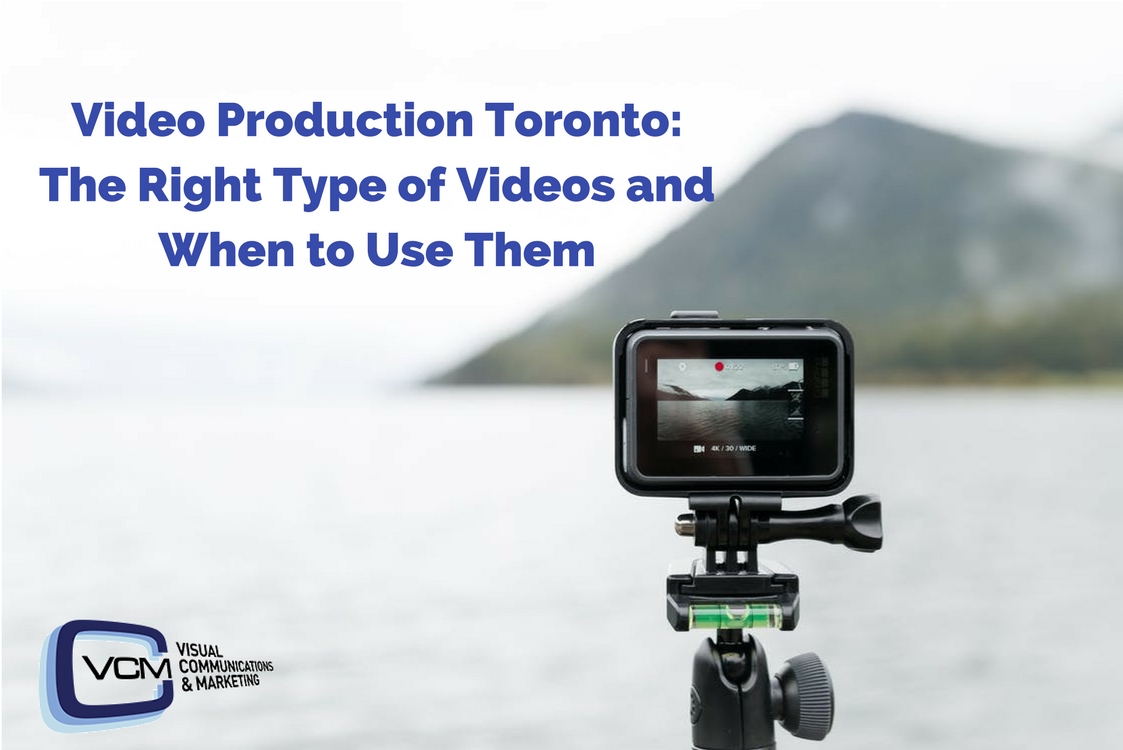 Video Production Toronto: Types of Videos and When to use them

There are various types of video content available today. To be effective for digital marketing, the marketer must determine which kind of film would appeal to their target audience best. Here, we highlight the three most popular types of videos and how they can be used for a more effective marketing campaign.

These include recordings of real people and environment instead of animated pictures. These are considered traditional types of film. As they have been in use since the introduction of motion pictures, live-action needs to have enticing personalities and visuals. You, therefore, have to put your best foot forward in creating exciting content that will keep your audience engaged.

If you choose to use live action, it’s important to identify your target viewers right from the beginning. This will not only help you determine the content but also the length of the film. Millennials, for example, prefer shorter ads (10 seconds) compared to older groups such as the 35 – 54 year age group who prefer 30-second ads. This age group would also like the ads to be compatible with every device.

This includes animated graphics. It often incorporates short texts, original music, data visualization, graphics, and voiceovers. These are highly effective for corporate video production Mississauga. They are especially great for brands that would find it difficult to share a compelling story through live action. Motion graphics videos are also called Explainer videos. This type of content can help brands share information with their target audience in a way that is both visually engaging and easily digestible.

The modern consumer is a well-informed consumer. If you want to convince them of anything, you need to provide a compelling argument. What could be more compelling than data or other forms of measurable accountability?

Including figures and statistics in live action videos is possible through animation integration. Animated characters can also be used to tell a fun and engaging story about your company. This is a revolutionary type of film that is currently taking corporate video production Mississauga by storm. It allows you to incorporate animated illustrations to communicate data sets to your audience. Animated visualizations are great to show the features and benefits of complex products and technologies. This is a great way to help your viewers visualize what you want to communicate to them. It will greatly improve any live action video.

Not every type of film will work in every situation. It is important for brands to determine which will work best for their target viewers and what needs to be communicated. The choice should also be driven by the goal of the brand. If you want to see what your brand can achieve with effective Toronto video production, get in touch with the VCM Interactive Team today.