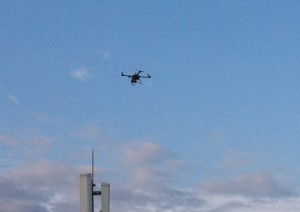 Bluffers Park Marina, Toronto’s only Full Service Marina, commissioned VCM Interactive to provide creative and cinematic video production services. The marina wanted to create an informative video that promoted their services while capturing the tranquil environment, atmosphere and activities of the surrounding area in Toronto. In order to effectively highlight the gorgeous natural landscape of Bluffers Park Marina, we decided to bring in a Drone equipped with a high definition video camera. The drone allowed us to capture aerial footage of the marina in order to show the expansive landscape and natural beauty around the marina. We captured the essence of the marina with aerial drone footage as well as traditional camera techniques.

The first video was an overview of the marina showcasing the lifestyle of the marina, staff and what it has to offer. The second video highlights the marina’s services such as their on the water repair services, fuel dock and best Yard in Toronto to name a few.

The outdoor video production was filmed in 2-days. We were at the mercy of Mother Nature because on the second day of filming an unexpected hailstorm caused some delays. But with a well planned schedule and a tight shot list we were able to effectively capture what we needed to visually tell the marina’s story. Out on the water we got lucky and captured some cool footage of sea-doos racing and doing some tricks.

Bluffers Park Marina is using the videos for their digital marketing campaign. The videos are currently featured on the marina’s website.  Marilyn W., the Digital Director noted this about the videos, “To date we have great feedback and I’m sure it will continue once the spring season arrives and we have more viewers on the site.”

Check out the videos here: 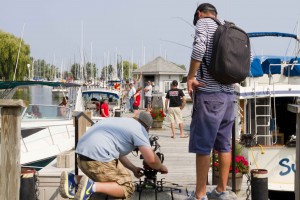 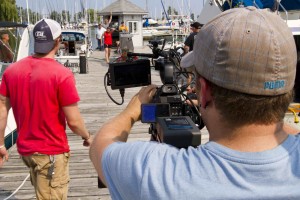