Agency wars is an annual licensed amateur boxing event where men and women of the advertising community in Toronto, Canada get the chance to train for 12-weeks with Canada’s top conditioning coaches, boxing coaches, team captains, and nutritionists – http://agencywars.ca/main-event/trainerscoaches/. The event is sanctioned by Boxing Ontario and The Fight Network features the event in a 2-hour broadcast later aired on the Fight Network. All in support of Ronald McDonald House Toronto and NABS. All trainers and the event is organized by Clancy’s Boxing Academy and Brandworks International. The event was held on Wed. December 5th, 2012 at the Arcadian Court in Toronto; featuring 12 fighters, representing all weight classes, 50/50 men and women. Complete info on fighter stats and teams can be found on the Agency Wars website. For more information about Agency Wars visit the Agency Wars III Facebook page.

In 2010 Agency Wars started out with a bang receiving an overwhelming response and in 2011 Agency Wars II was part of Advertising Week.

VCM Interactive, is a proud video production partner of Agency Wars. VCM supported the event by providing video production services, which helped document the 12-week training period. Working closely with Kristina Ejem and Michael Clancy of Brandworks, VCM captured the drama through interviews, testimonial video and b-roll from contestants, trainers, coaches, and nutritionists.  VCM had fun filming interviews of some very talented and accomplished boxers and fitness trainers such as Chris “Mr. Showtime” Johnson, Natalie ‘Sugar’ Brown, Jennifer Van Barneld and Jason Fisher. B-roll footage of the grueling training sessions was also captured to document the intense and ambitious journey of the participants battling for their chance at the title. The footage will be edited into a promotional video for future Agency Wars video marketing strategies. 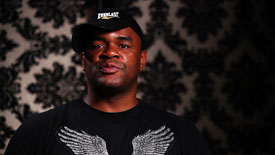 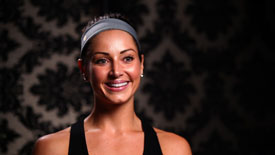