All types of businesses are investing in video content and one of the most popular is 3D animation Toronto. This type of animation is a popular style because it is exciting and allows a business to realistically visualize their product and or prototype to their customers and target audiences. It is definitely a rapidly growing industry. We at VCM have been creating 3D animation for a number of years now for our clients and most of the time we find that client’s underestimate the cost and what’s involved with creating photo-realistic animations. Since it is a popular and effective medium we understand the challenge businesses have when looking into creating a 3D video. It’s used to visualize different things from prototypes, architecture, medical products, construction, different manufacturing processes, character animations etc. Also, 3D is shown on the big screen so people of all age groups are familiar with how it can look even though there are so many different styles one can go with. In fact, Forbes reports that 3D films comprised 12 of the top 13 highest-grossing films in 2016.  3D is a big business and these films aren’t cheap to produce. If these films are expensive what makes people think that corporate videos of this nature would be? Also, 3D animation is very different from 2D animation and motion graphics. Below we’ve outlined what 3D animation is, as well as set out the process this type of animation involves. We’ve also highlighted how you can make the process more cost effective if you are thinking about creating one for your business ventures. For more information, you can see our previous blog regarding the benefits of 3D animation.

What is 3D Animation Toronto?

Let’s start off with defining what 3D Animation is. Sometimes referred to as 3D CGI, 3D animation is a type of animation that uses computer generated images to create animated scenes. Compared to 2D animation, or traditional animation, 3D has much more depth and it can look much more realistic. Animation works with frames which is one picture which proves that 3D animation is very time consuming to make even a second. After hundreds or thousands of these frames are flashed on a screen in a rapid succession, they give the illusion of a moving picture. The art of animation has progressed through the ages with new technical advancements especially with computers. Here’s a look at animation through the ages.

We’ve outlined the 9 main stages involved with creating this type of animation so you can better understand the extensive process. This also shows you where the time and  budget is spent:

1. Storyboard: A storyboard needs to be created showing what happens from scene to scene to tell your story.

3. Video Animatic: The storyboard and style frames is then translated into a video animatic which puts the storyboard into motion. If there’s voice over involved a guide track will be used so that pacing is in tune with the animation.

4. Modelling: This is where the 3D models are created for the animation sequences. To make this process more cost effective it is 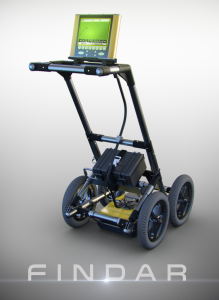 wise to have CAD or Solidworks files for the animator to work with so they don’t have to create things from scratch. Sometimes pre-existing models can be used but it really depends on what the subject matter is.

5. Texturing: The models are then textured with materials so it looks like the real thing. A stylized approach can be used here of if you want a photo-realistic look to your animation then a lot more time goes into the texturing and details.

6. Shading: After the texturing is done shading is applied to add more detail and realism.

7. Lighting: After the texturing and shading the models are lit to go with each scene. This is also a big factor in making the animation look seamless and realistic.

8. Rendering: Once the modelling, texturing, shading and lighting are complete the 3D elements are rendered.

9. Compositing: Once rendering is complete the 3D elements are composited into animated scenes.

How to save costs

The best way to save cost is to provide CAD or Solidworks files so that models don’t have to be created from scratch. This streamlines the workflow quite a bit and saves time. Also, providing a detailed script and/or storyboard is important to communicate the process so it’s very clear what needs to be animated.

As you can see there’s quite a process to creating such animations. The more detailed you want it, more time and money is needed. There’s so many applications and uses for this type of video. Contact us if you would like to explore this option for your next video project or visit us at www.vcminteractive.com