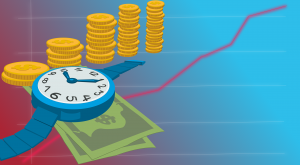 Whenever 3D animation is taken into consideration, there is a number of contributing factors that ensure the successful execution of such an animation in Toronto. This is because a wide range of fields like Computer Graphics (CG) and graphic design that come into play when such animation is required.3D technology has been introduced in the market over the years because it makes for an effective visual experience, which is realistic. Therefore this type of animation has captured the attention of marketing and sales people because it’s a great visualization and communication tool. 3D Animation Toronto is a broad term which is used to describe all vendors and organizations providing services in the above-mentioned field while having their geo-location within the boundaries of Toronto. Similarly, our organization knows about the importance of such technology and providing services as a professional 3D animation Toronto-based company. We have been creating animations for sales, marketing, and communications for fortune 1000 companies, ad agencies and small to medium sized businesses for over 10-years so we understand what it takes.

VCM interactive is also a production company offering video production services including 3D animation Toronto. We want to focus on the cost that is incurred when creating 3D animations. It is said that no one can guide you better than the person who has experienced the thing you are looking for. To serve the purpose at hand, we carried out an extensive research so to get a better idea of the pricing involved in this regard. We followed a couple of online websites and we also included the respondents from Toronto which included the reviews of the people involved with 3D animation. Our research proved to be quite informative. Thus this shows we also fall into the term 3D animation Toronto with the geographical location within Toronto boundaries.

Answering the question, Mihaylov who is an animator and teacher said that if someone is looking for the creation of an attractive 3D animation, they should keep their budget around $600K for a feature film. This is because the launching of a successful animation requires a team of quality artists that would never work on less than $5000 per month. In addition to that, these types of projects require a greater period of time to be completed as you have to cover multiple things like a number of characters, style and complexity of animation, and the overall detail. Mihaylov also mentions that one can make it happen for a lower budget, but a quality animation would cost $200K at least. He elaborates the fact by saying that you can also get it done within $30K, leaving no room for error.

As we proceeded with our research, we came across many other similar questions and the people answering them according to their experience. Another answer to a similar question said that a quality 3D animation costs you around $100 to $350 per finished second, which depends on the amount of detail, complexity of the animation and quality. There are other methods of charging that include $1000 per scene. Now, a scene is regarded as a change of environment and a character moving through a single environment whereas a couple of environments make it two scenes. A detailed 5-second animation can cost $5000 depending on the design and the complexity of the animation.

VCM interactive is a Toronto video production company with a versatile team of artists offering competitive rates to help you meet the requirements of 2D & 3D animation in Toronto. We are always happy to help if you ever need such an animation to be created with comparatively lower budgets than our competitors.

There’s quite a process with creating 3D animations. If you want your animation to be photorealistic with a lot of detail, more time and money is needed. Providing CAD or Solid works files can help reduce the budget so modeling elements from scratch can be avoided. There’s so many applications and uses for this type of video. Contact us for a free consultation if you would like to explore 3D Animation in Toronto for your next video project. Our team is always happy to help!