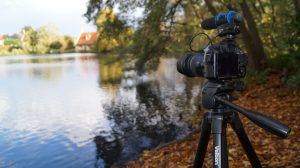 Executing a well-produced video production in Toronto requires expertise, time and money. Working with Visuals is always a difficult and a tough job because you have to define every small detail perfectly so that the viewer gets the message precisely and understands it. There are many videos that don’t give the ultimate message or the intended message they want to convey. This is because they haven’t defined the tiny important details that should be incorporated properly while making a Video. With the quality of video produced, you need to make your customers deeply pleased with the work provided so that there is no doubt in the quality .

Planning a Video Production in Toronto 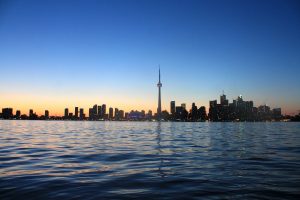 With Toronto being one of the favorite destinations for Tourists, it also has been the favorite destination for Filmmakers. Toronto has the kind of places that a filmmaker needs to give more meaning and lust to their movies. These places are discussed below. Now, When you think of constructing or producing a video, you have to make a strategy. Identifications of different locations and choosing the best for your video requirements comes in the strategically planning for your video.  Here are some popular places to be considered for filming in Toronto:

The Distillery District in Toronto is a commercial as well as a Residential area of the city. This place has been featured in many notable movies such as The Cinderella Man and in the X-Men. It was the New Jersey Docks in Cinderella Man and a Concentration Camp in X-Men.

The Campus of the University of Toronto has been a blessing for the Movies World because of the looks this campus has. You might have seen this place in numerous great movies such as Good Will Hunting, The Incredible Hulk, and others. The features of the campus make it a great place for the Movie Industry to shoot and give their movie a major boost because If you don’t have good places suitable to your plot, your movie is going to fall.

Casa Loma once was a private residence making it the largest residence in Canada. It was owned by a wealthy industrialist Sir Henry Pellatt. The Architectural Structure of the Residence makes this place a popular haven for Humans. You may have come across Casa Loma in movies such as X-Men, The Love Guru, and others.

VCM Interactive, ensures that you to deliver the best output, suitable to the needs of our clients. If you have any questions one of our experienced video producers will be more than happy to answer them. Feel free to contact us for a free consultation.